Don't let policies, laws and processes get in the way of doing the right thing 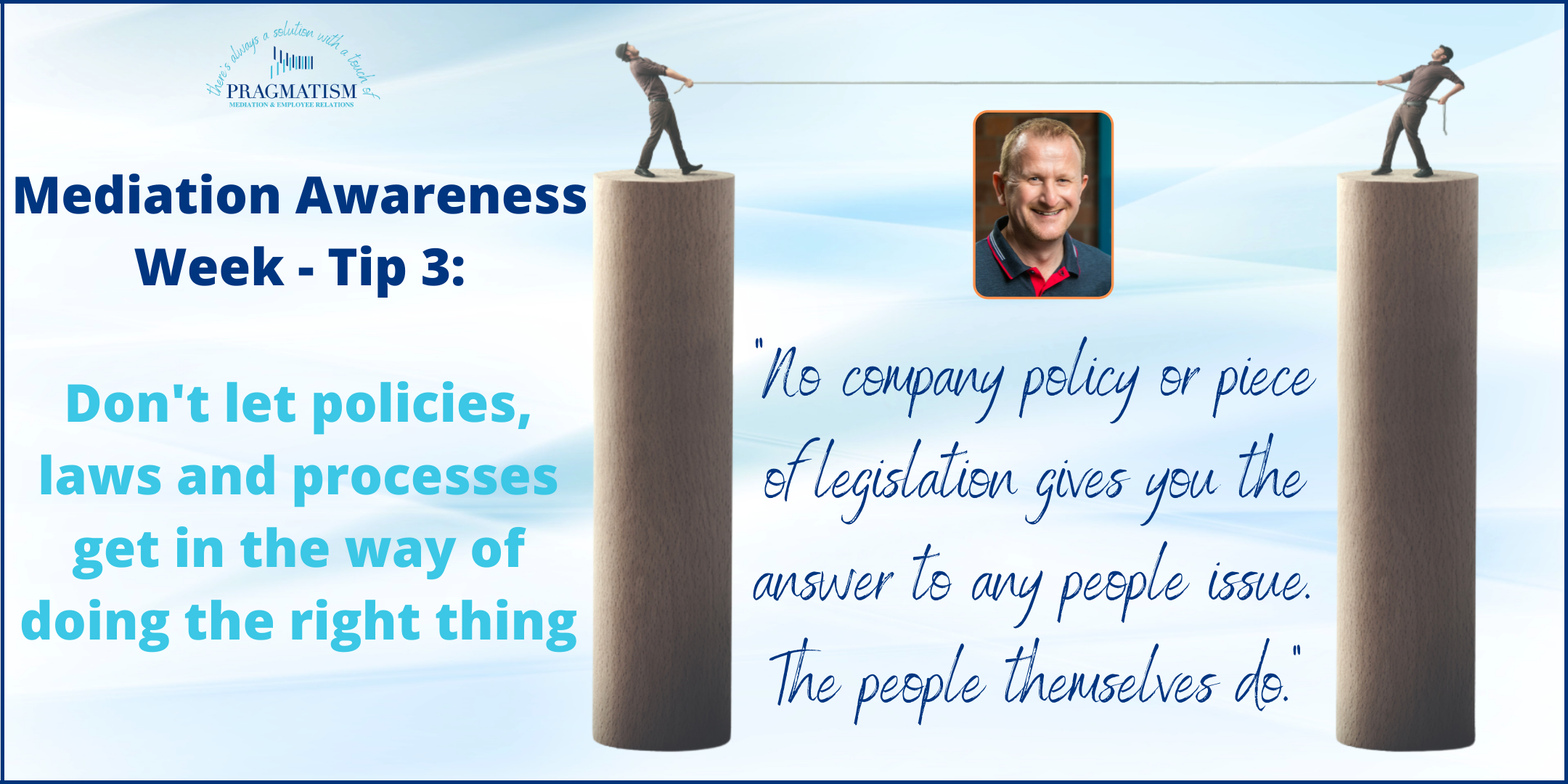 Our business name is not coincidental - it's for the same reason I'm giving this tip. Leaders need to be pragmatic. No two people situations are the same. There isn't a policy or a law that gives you the answer as a leader - it comes down to your discretion, your decision and the need to be fair. It isn't easy, but that's leadership for you!

The number of times I hear people say "if you have a complaint you need to raise a formal grievance". It makes me wince every time I hear it! A formal grievance process is not the answer to issues for employees. Once you've taken formal statements to try to prove who was right, they will be further apart. Once you've concluded a lack of evidence around the issue raised they will be driven as far apart as thet could be. Repeat it all again in the appeal and the employees are in a worse position than where they started.

Laws and policies are, of course, incredibly important. We need them to avoid complete chaos. However, they shouldn't govern how we do things, or the decisions we make - we need discretion and decision-making capabilities in our leaders. The problem is they don't know any different, and often don't have the confidence to have the right conversations. It applies to HR professionals too - just because they have qualifications or even experience, it doesn't mean they have the confidence to deal with things the best way.

Employment tribunals are all about two things - fairness and justice. They may be scary places to go to, but the concept of what they're about shouldn't scare anybody. Most of us would agree that people should have justice. Surely most of us would also want to be treated fairly and to be fair to others. So why then do we seem to be unfair to people so often? My own view is it's a lack of confidence and too much focus on what laws and policies say rather than what the people involved say. It's exactly this reason why I'm often talking about being pole vaulters rather than limbo dancers!

For me, the art of leadership is taking everything into account and making the right decisions. If there was a standard answer to everything, we wouldn't need leaders - we would just need robots. That will never be the case!