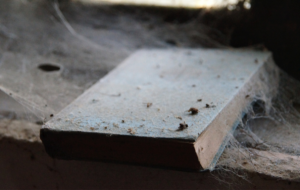 When you get involved in formal grievances isn't it a wonderfully positive experience? Just look at this quote...

"Oooh I loved that grievance - it resolved everything. It was so worth spending all that time to get such a fantastic outcome. It was a great use of management and HR time, and taking notes and typing them up was brilliant. Once we shared statements everybody was in such a better place; they really understood each other and resolved the issues. The appeal was brilliant too - more senior people experienced how fantastic grievances are and how they drive positive cultural change - they loved it. I can't wait to be involved in my next grievance."

Who said this and when did they say it? Nobody and never of course!

So, why do we put everybody through the pain of grievances? Many people don't realise there's a different way - understandably managers and HR professionals tend to go with what seems natural, which is the grievance process.

I say "seems natural" because unfortunately it's learned behaviour. What do we learn at HR college? We learn that employees must have the right to raise a grievance, they must have a right to appeal, and they must have certain things in writing.

All very true - if things go formal and we may be lining up for tribunals. Formal grievances should be so rare they don't come naturally at all - we should be blowing the dust off the procedure to check what we need to do, it's been so long!

I remember (not very fondly) back in the 1990's when I studied HR, challenging the lecturers about why they're focusing so much on policies and processes and not at all on leadership skills which avoid the need for these in the first place. The concept of issue resolution cultures rather than grievance processes was alien to them, but it wasn't their fault - they'd learned the same theories too. The thought of actually talking to people without the excuse of a procedure and a script was just unnatural!

I was so fortunate in my career, because in 1996 my boss had the foresight to see that there was a better way, and he sent me on a three day mediation skills training course which made issue resolution the natural way of thinking for me. During the subsequent 26 years I've been involved in very few formal grievances because I just see them as a failure - it's why our strapline is "there's always a solution with a touch of pragmatism". It's so very true - if anything can be resolved formally then it could have been resolved informally, and saved so much time, cost and (most importantly) stress.

The biggest cultural change I've seen is an organisation which had a crazy grievance culture (on average 12 per week!!!) and, through an issue resolution approach, this went to one formal grievance in a 15 month period. The formal grievance hearing took 20 minutes as the employee had no sense of rationale and his case was very quickly dismissed. Some people just want their day in court - we've all met them at some point in our lives, but they are much more rare than we think - most people have genuine concerns, even if they go about raising them the wrong way. The most important thing for me in this situation was that we were gutted that we'd had a formal grievance - that showed to me that we'd turned the tide towards instilling a culture of issue resolution.

As external service providers, pretty much every mediation we get involved in could have been nipped in the bud months (or often years) earlier - just by some proper conversations and not the constraints of formal procedures. These real conversations really help people to get to the root of their issues and come up with solutions that work for them as people and as employees. What my mediation skills training taught me all those years ago, is that people just need a little bit of help.

You don't need wholesale policy change to achieve an issue resolution culture - I can pretty much guarantee that your grievance procedure has an informal stage - that stage is where to focus your efforts. Do everything you can to avoid formal grievances and the job satisfaction you'll see will be immense!

When it comes to helping people in this way it just needs a little bit of confidence, which comes with knowing the techniques and possessing a few skills for facilitating conversations with people. Click below to learn how to add these skills as a very powerful string to your bow.