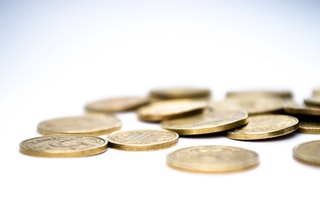 I was asked to mediate for an organisation who were in a sticky situation regarding annual pay negotiations for their Maintenance Engineers - the Trade Union had balloted their members and they had started strike action. For the next two months very Monday all Mechanical and Electrical Engineers would be on strike. This was the food industry, serving demanding customers such as Tesco, Marks & Spencers and Sainsburys.

People aren’t daft - if they’re so hacked off and they’re willing to take action they’ll hit you where it hurts the most. Monday was always the busiest day of the week for maintenance as weekend deep cleans usually meant some issues with machine settings, etc so their actions would significantly disrupt customer supply to customers who demand 100% delivery on time - every day.

The company were fuming - it was typical of the ungrateful employees that they had. They had a history of employee relations issues across the site - the maintenance team were the most ‘militant' but they hadn’t been on strike since the 1970’s - and they’d never taken action over pay. It was a new low - the employees needed to understand how lucky they were to have jobs, and if the company lose customers there will be many job losses. They’d told them this many times but would they listen? It was the most selfish act the company had seen and they wanted them sacked to make place for people who wanted to work. It’s fair to say that the management team were a little unhappy!

The employees were equally fuming - they had no trust for management anyway and now they’d been ‘underhand’ in the pay negotiations - never had the Trade Union seen such despicable behaviour from management. It was the straw that broke the camel’s back - management needed to learn a lesson and they were teaching them one. The Engineers and the Trade Union hoped all their machines broke down and the site came to a halt on Mondays - it would serve them right. It’s fair to say the employees and their Trade Union were also unhappy!

It’s always fun going into such an environment and talking to each party - normally it starts with getting their whole lifetime of issues off their chests, which was the case here. This started to give a subtle hint that relationships weren’t great (I’m very perceptive), but what was the real issue here? After a few hours of cathartic emotional reactions about the past, we got down to the real issue. Pay negotiations were the same every year - employees submit a pay claim with a big ‘shopping list’, management reject the claim but table an offer saying it’s the top of their mandate so no further room to manoeuvre, the Trade Union say how unacceptable it is and how insulted their members are at the offer, a few threats are made and then after a few debates a revised offer is made by the company. The Trade Union then ballot their members recommending acceptance and the employees vote. Employees then accept the offer. It’s simple - it works every year.

OK, so if that’s what works every year why so different this year? It had to be a question for management and they explained. They needed to change the culture in the organisation - they were aware that employees didn’t trust them and they wanted to make a change. They had a new manager in charge of maintenance and pay talks were coming up - what a great opportunity. As usual the Company formed their absolute maximum mandate. What they decided to do differently this year was to not ‘play the game’ of pretending their offer was the highest they could go as it obviously wasn’t - they wanted to build trust. So, the new manager explained to the Trade Union that he was driving a different approach - he didn’t want protracted discussions and he wanted to show that they could trust him, so he was going straight to the very maximum mandate that he was authorised to offer and this is what he tabled - it was “all cards on the table - a completely open book". He was appalled at the complete contempt that the Trade Union showed by having the cheek to come back with a counter-offer of 0.5% more so he told them it was simple - take it or leave it - there was no more discussion to be had.

Being an impartial person who had never been involved I was able to ask a number of basic questions that sprung to mind immediately. Why did they think the Trade union would believe it’s any different this year? Do employees understand how much money they’re losing each week (20%) holding out for a 0.5% increase and what the payback period would be? Were their wives, husbands and partners happy to lose the money each week? Why was the offer so bad (it was more than RPI)? Do the employees really want to put jobs at risk over this? Where else would they work - how much to other companies pay? What do the customers think? How happy is the new manager in his role? How did we help him to understand the culture and the people? What training do managers have? What would 0.5% do to profit margins? Do the Trade Union think the first offer was more generous than they thought? The answer to the last question was “yes - but it’s all about the principle”.

What did I do? Not a lot really, all I did was help each ’side’ to reflect on what they were telling me and got them to share some of the reasons they were so angry - at first through me in separate rooms, but then together in a confidential, open and honest way. When we got together I spent the first half hour or so not even talking about the issues - I wanted them to know each other as people - where had they worked before? Where do they live? What makes them buzz outside work? They were both Nottingham Forest season ticket holders - they started to almost like each other a bit. The hardest job I had was stopping them talking (gushing) about Brian Clough. I then helped them to look at the problem objectively and from each other’s perspective - between them they came up with a proposed solution which would need the manager to gain authorisation and the Trade Union to ballot members - but between them they could see a way out of this.

The manager went first - he did two things. Firstly, he gained authorisation for a 0.25% increase in pay. He also gave personal commitment to changing the trust between employees and managers and proposed a new routine of employee engagement that he would personally drive, and he confirmed that he understood if it was just hearsay and he didn’t implement it things would get worse. We agreed that I would help him to achieve this as he admitted that it was the first time he’d led a large team. The Convenor committed to recommending the revised offer and also offered (without being asked) to give his personal views of the new manager - not only was he a Forest fan, but he also thought he was a genuine and decent guy who’s worth giving a chance.

The end short term result of course was calling off strike action and customer deliveries were unaffected, saving both the company and the employees a lot of money they couldn’t afford to lose. I continued to support the manager in his employee engagement programme but didn’t need to for long, he was a bit of a natural. Most importantly, this was a real catalyst for some cultural change as it started the foundations for much better employee relations - there were still plenty of issues, of course there were, but they were dealt with in a more trusting environment so solutions were easier to find.

Mediation is not about the positions taken, it’s about the people and their interests. Too often a formal process (grievance, tribunal or even a strike) becomes the ‘judge’ of who was right or wrong, when most of the time if people can be helped to understand each other and why they’re behaving the way they do the people involved will come up with solutions - they just need a helping hand. One of the best things about these solutions is they have much better chances of sustainment - impose a solution on people and it’s unlikely to be a long-term fix.