Use your fingers less, your mouth more and your ears constantly! 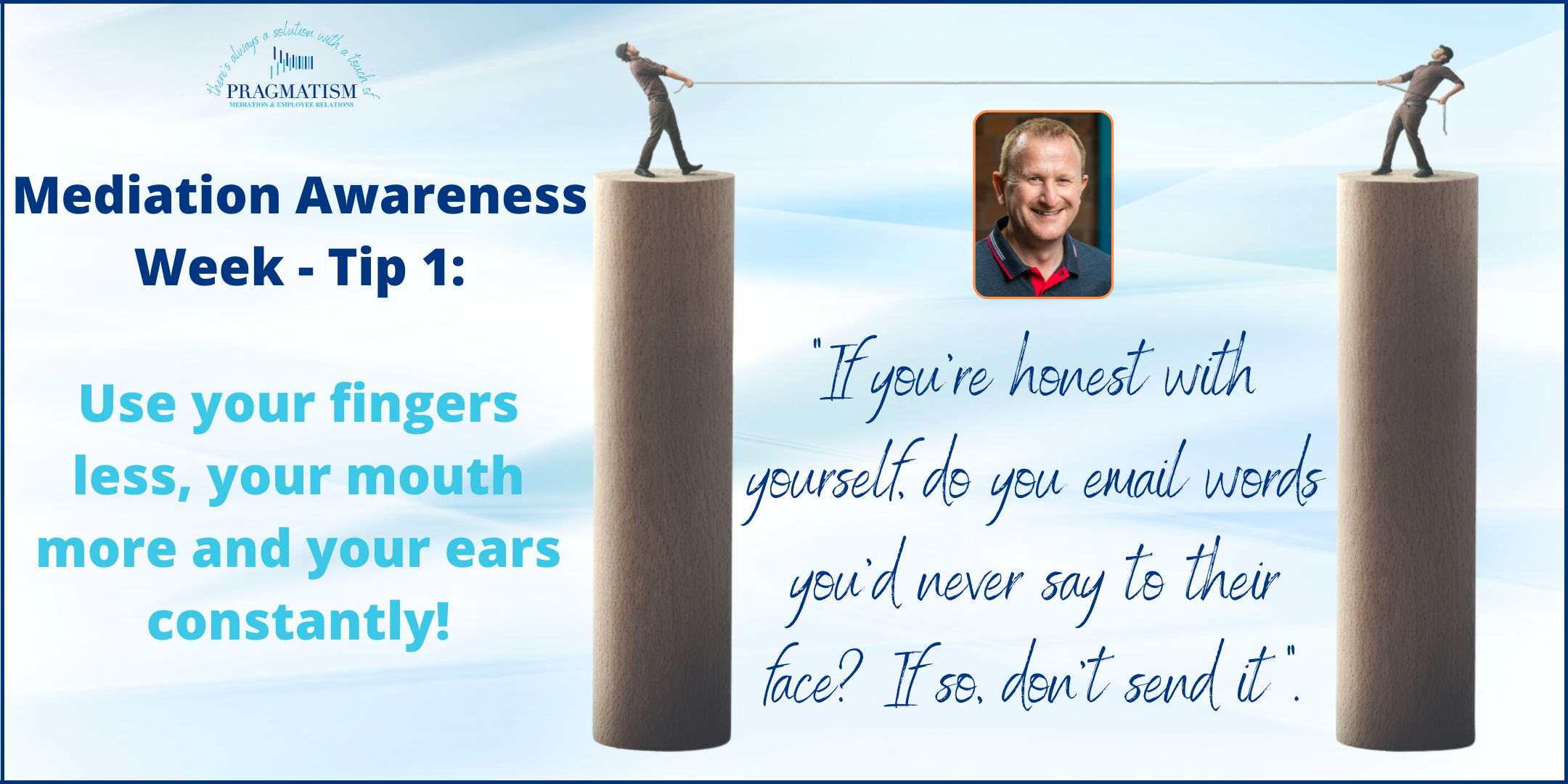 Unsurprisingly modern technology is significant. What a huge opportunity to be kind. Unfortunately, it's so often used for being unkind, and we see lots of issues resulting in the need for mediation.

I worry for my 10 year old daughter growing up in this social media world. When I was at school most bullying stopped at the school gates. Now it intensifies. Even more worrying, it isn't restricted to school kids. Keyboard warriors are every age and they do so much damage.

The written word is now so easy to send and receive. We used to hand write letters which took real thought. They took time to write. You would read them over again before putting the letter in an envelope. You had to walk to the post box and physically put it in. There was plenty of time to think and reflect.

A text or a post takes seconds. No time for reflection. No time to consider the other person. The impact can be huge - it can devastate people. It can start a tsunami of stress. You'll probably get the same back. It won't end well.

If you're really honest, do you ever send a text or email because you wouldn't dare say it to their face? Don't send it! Use it to help frame a proper discussion instead.

We used to have the excuse of not being able to talk. Then the telephone was invented. Then mobile telephones. Then Zoom and Teams. Technology should mean we talk more, not less.

There's no excuse not to talk other than your own confidence and motivations. You can influence them.

Don't be a keyboard warrior!

If you or your leaders need to help people have proper conversations, you can learn the skills here.